A special issue on global migration and refugees featuring the work of Tobias Zielony & Victor Ehikhamenor, as part of the German Pavilion, 56th Venice Biennale, 2015

The special issue themed “Displacement” prefaces Saraba Magazine’s Survival Issue. A selection of ten photographs on migrants and migrant workers by Zielony is included, as well a short story and several drawings by Victor Ehikhamenor. Acclaimed Nigerian poet Jumoke Verissimo, author of the forthcoming The Birth of Illusion, contributed three poems that touch on movement and displacement. Additional essay by Salamatu Okorejior on the work of Ehikhamenor and a piercing meditation by S. I. Ohumu on migration in Benin. 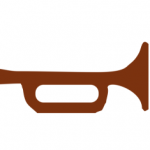 Saraba is a literary magazine focused on the work of new writers in Nigeria and other parts of the African continent. Since 2009, we have published several issues of a magazine, editions of poetry chapbooks, and online-only work.